With the Avatar® materials, successful operation in this universe is accomplished by assuming an I am awareness that is separate from the mental processes. In the basic materials, thought, emotion, and belief are brought under control. 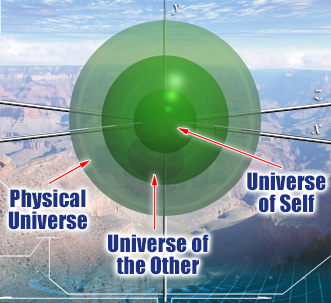 If someone is confusing universes, you can sometimes sort them out with one of the following: have them find differences between 1) two objects, or 2) between a present time observation and a similar memory, or 3) between someone they are having a conflict with and someone similar they once knew. This is only a quick patch. The real solution is doing Avatar to the full expected results.

This article was excerpted with permission from The Avatar Master's Handbook by Harry Palmer.