I’ve been noting the difference between manageable causes (something we can do something about) and plausible excuses (an excuse that is believable). I’m not a big fan of thinking backwards into the past, but sometimes a little of it is necessary. The strategy that I favor is to identify a situation, either good or bad, and examine the actions or inactions that were responsible for it. The actions that I’m particularly interested in are those that I can deliberately repeat, or those I can change, or those I can avoid doing in the future. These are manageable causes; I can manage them. Of course there may be unique circumstances or events that can’t be managed, which also contribute to the situation: acts of God, difficult people, broken beyond repair, or used up. It’s good to be able to recognize these so I can avoid making future plans that count on them.

Did you ever have one of those realizations where you pull a string on some situation and it just completely unravels back to some manageable cause? You go, “Yeah! Oh, yeah! YEAH!” You just learned something. Recognizing causes is the beginning of practical knowledge. Of the causes that contribute to a situation, some are easily managed, some require skill and training to manage, and some are apparently unmanageable.

Sometimes people get wrapped up in a situation and worry, explain, or blame. This is a mistake.

Sometimes people get wrapped up in a situation and worry, explain, or blame. This is a mistake. Their efforts would be better spent on honestly discovering the manageable causes that are contributing to the creation of the situation. Working a problem means discovering manageable causes and then managing them!

A plausible excuse conveys the message that you are not at fault, because you couldn’t do anything about it. NOT AT FAULT is the operative message. A plausible excuse is a claim that there are no manageable causes that contributed to the situation you are in. It is an attempt to avoid responsibility. The excuse is effective to the degree that you can get other people to agree with your helplessness.

Remember the best excuses you used in school? They always communicated something like this: “I really couldn’t do anything about it, because...” And then you plugged in your favorite limitation, for example, “...because I didn’t have time.” As you grew more adept at excusing yourself, you filled in the blank with more customized limitations that the teacher would accept.

“I didn’t get my homework done, because... teachers do not get paid enough!”

The word “excuse” comes from ex meaning “free” from and cusa meaning “cause.” So the message behind an excuse is, “I was not cause!” And if you decide you were not cause, chances are good that you are a helpless effect.

Richard Bach, an American author, wrote, “Argue for your limitations, and sure enough they’re yours.” He could just as well have written, “Decide that you are helpless enough times, and you will be.”

Remember when you explained to the teacher that you were late because you didn’t wake up, and she replied that you were responsible because you didn’t set an alarm clock? I’ll bet you never used that excuse again. No good. It didn’t free you from cause. Next time you’ll be smarter and you’ll know enough to say, “Because the wind-up alarm clock ran down in the middle of the night.”

I tried this with a teacher once. Actually I used it three days in a row. The fourth time I tried to pull it, she opened the drawer of her desk and handed me an electric alarm clock. She just wasn’t getting the message that there were no manageable causes that I could control to get to school on time. So I did what any healthy fifteen-year-old would do, I told the teacher I was sick! 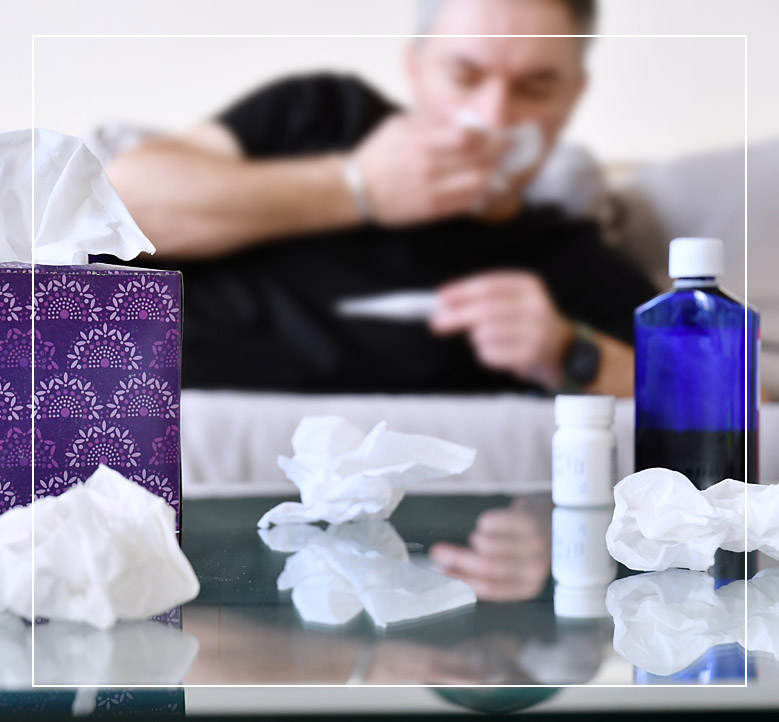 Being sick is among the best excuses. Man, you can hammer that beauty home, and whole crowds of people will gather around and shout, “He can’t do anything about it. He is sick!” And sure enough...

Being sick is an excuse that almost anyone will agree with. It is a beauty. It has to be at least part of the reason for the success of the medical profession. What a profession! They give you drugs to handle the discomforts caused by using the world’s best excuse. And now you are really covered. “Sorry, I’m on medication.” “Sorry, I’m under a doctor’s care.” It doesn’t get more helpless than that. Forgive my cynicism, but on this planet if you provide a service that validates a person’s excuses, you are almost sure to be a success.

Twenty years later, working on a sinus infection, I suddenly remembered the alarm clock episode and experienced a near-instant cure. This was one of those “Oh!” realizations: Coax someone toward responsibility and they get better; accept their excuses and they get sicker.

If you are having a problem getting people to accept your excuses you have to learn to make them more overwhelming. Play with words like “unavoidable,” “tragedy,” “fate,” or “God’s will.” No one is going to challenge those. Isn’t that what fate means? “No one can do anything about it.” God’s will is the ultimate excuse.

Go ahead; try it. “I’m late because of... (lower your eyes and throw in a limp for good measure) unavoidable fate!” You see how helpless that is; no one is even going to try to get you to look for a manageable cause. Only a fool would challenge fate.

A plausible excuse has some other benefits. The person you give it to should still approve of you even though the situation-you-didn’t-have-anything-to-do-with was a disaster. It just didn’t turn out according to plan. Bad luck! You are covered; you’ve got a plausible excuse. Anyone who hears it should still like you, maybe even offer some sympathy, and realize that you’re just another helpless victim of fate!

Maybe we could create an official no-responsibility passport. The first page would say, “The Supreme Universal Council decrees that this individual is helpless and has no responsibility for the life situations he/she appears in.” Don’t laugh; it’s a good idea. What a relief, a no-responsibility passport, an NRP. If you arrive late for school, you just pull out your NRP and have the teacher stamp it. Think of how much time it would save the world. And how much illness it would prevent. It could cut healthcare costs by half.

Here’s another reason it is a good idea. Every new excuse a person has to dream up whittles away at their attention power. If someone accepts their excuse for one situation, it wouldn’t be wise of them to use the same excuse for the next situation. (And there will be another situation because they are not learning.) So people are faced with frequently having to create new excuses. It is not a one-time deal. But with a no-responsibility passport, they have proof that they are helpless and the pressure is off.

I’m in favor of making life easier for those people who are determined to fail.

Have you ever wanted to harm someone? It’s easy; just suggest a plausible excuse that they can use anytime. This is called enabling a disability. That will reduce their power in a hurry. They’ll be helpless in a few weeks. It is easier than murdering them, although it may not be any kinder. 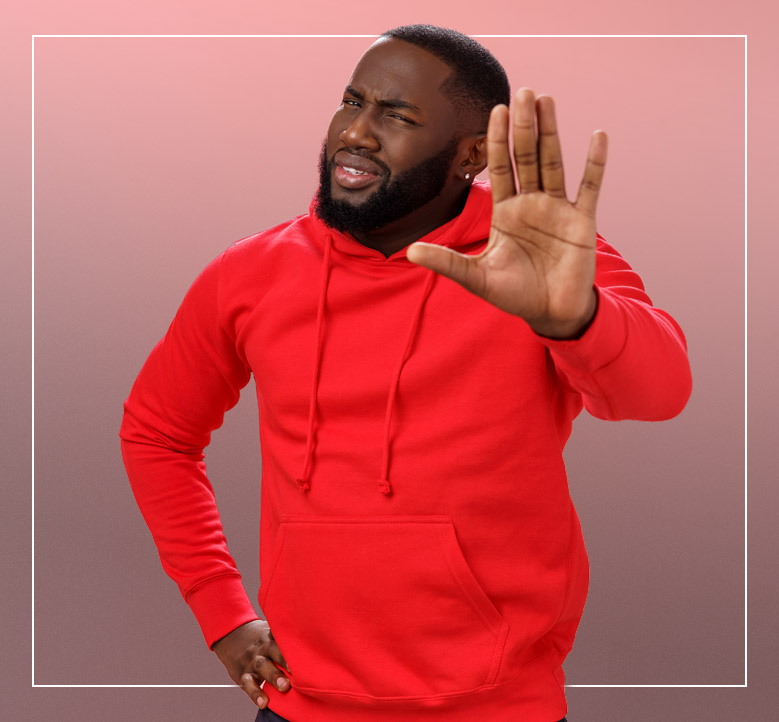 I was middle aged before I realized that the people who would not accept my excuses were my friends.

Too often it is easier to give an explanation for a difficult situation than confront your own actions that might have contributed to the situation. “I couldn’t do anything about it, because...” Tough love; “...because you are deliberately creating yourself as a helpless loser.”

Gravity is a plausible excuse, but the manageable cause in the book dropping is that YOU let go of it.

Manageable causes are your share of responsibility for a situation. I know it is an ugly question, but if you want to get to the bottom of a complaint in a hurry, ask: “What did you do?” Most of what happens to us, and I’m trying to be gentle, is in one way or another, at least partly our responsibility.

Do you know what I’m getting at? When we look for manageable actions we are looking for our share of responsibility for what we are experiencing. We are actually looking for what we can do (or not do) to change the experience. When we do this, we move beyond the need of plausible excuses.

This article was excerpted from The Avatar Path: The Way We Came, by Harry Palmer.