Sometimes we human beings make assumptions that become accepted as fact but are little more than a misguided belief. At one point the world was flat, right?

Many times in history we have seen examples in science where "accepted fact" has been proven to be flawed theory. Perhaps this is one of the things that makes science exciting.

Professor David Marshall in Western Australia faced a deluge of disapproval and criticism when he dared to suggest that stomach ulcers were caused by a particular kind of bacteria. Of course, the popular medical belief was that ulcers were caused by stress leading to an over production of stomach acids.

Perhaps even more startling was the claim by Louis Pasteur, on his death-bed, that his germ theory was wrong and that an acidic terrain created an environment where germs could create havoc. His original theories still stand as fact today, despite his pre-death admissions.

So looking at the most common cause of death in the western world, cardiovascular disease, are there some assumptions that need to be examined more closely?

Is there more to learn about the heart? Is there knowledge about the heart available that we have not had the chance to evaluate and understand? The answer to both questions is yes.

I finally found the tools I needed to really open my heart, and then learn to operate my life from my heart.

In western medicine the heart is considered to be little more than a vital blood pump. In fact, that theory is so predominant that some scientists believe that one day it will be replaceable by an artificial pump. I am amazed by that.

In Eastern medicine it is viewed as a much more important and highly functioning component of the being. The Eastern traditions describe seven points in the body where an energy, (the Chinese refer to it as chi energy) converges and flows. These points are called chakras. They are the root, stomach, solar plexus, heart, throat, third eye and crown chakras. Western science has yet to really accept and explore this.

The Heart Chakra is located all around the heart itself and is said to be the place where some of our most powerful feelings and emotions flow. Sadness, love, grief and joy are some of the easily identifiable emotions that flow through this Chakra.

Enter Doctor Dean Ornish, a Stanford University professor, who is a keen enthusiast of yoga and meditation. Ornish took a strong interest in Eastern philosophies and decided to try them out. In the mid 1980's he designed a study that he conducted at Stanford.

Finding 22 volunteers in the cardiovascular wards of Stanford Hospital, all people facing bypass surgery to repair severely congested hearts, Ornish ran a program involving group therapy and healthy diet and no form of medical intervention. In regular meetings with trained group leaders, participants were encouraged and supported to open up to their feelings and to begin to express those feelings.

Over the course of twelve months, the participants slowly reconnected with their hearts and the richness contained within. Soon heart chakras seemed to be flowing freely and participants were beginning to brighten up. 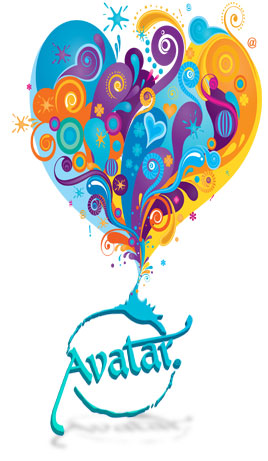 Other Researchers have revealed that the detected electrical activity around the heart is up to six times that of the brain.

Investigators have also reported heart transplant recipients experiencing memories and feelings, sometimes very strongly, which clearly belonged to the donor of the heart. This leads us to realize that these emotions and memories are stored in the consciousness of the heart.

Our language talks of the wisdom of the heart and of the things we accumulate there. Common vernacular used when a friend seems down is "Get it off your chest!" We have an intuitive wisdom that the secrets to relief, happiness and a joyful life lay in the heart.

After studying and teaching these concepts for many years, I finally found the tools I needed to really open my heart, and then learn to operate my life from my heart. The Avatar tools are the only tools I know of that can take a person to this level of heart centered living in just nine days. When we collectively allow ourselves to understand the magnitude of significance here, our governments will be falling over themselves to inspire people to do Avatar.

John Toomey is an Avatar Master from Australia. He can be contacted at +61 (0) 3 9005 7553 or by e-mail at This email address is being protected from spambots. You need JavaScript enabled to view it.

The Avatar Journal would like to thank John for sharing his perspective.
Read more Avatar experiences at AvatarResults.com