Recently I was serving as a Master on an Avatar Course. On the third day I witnessed a big man in an agitated state outside the course room. He was unsettled and wanting to leave. His Master was supporting him, but for whatever reason, he did not wish to stay around.

I have grown up around football clubs and living in pubs in inner Melbourne and I know lots of men like this. Good men who are angry at, and reactive to, so many things that they are not really sure what they are really angry about.

A little later that day, when he ventured back into the course room I was given the opportunity to support him through the next part of his course. We introduced ourselves and had an immediate connection. He felt like a really old friend—perhaps from lifetimes ago. We sat down, and set to work using the Avatar materials, first looking through his personality profile, then exploring his beliefs. 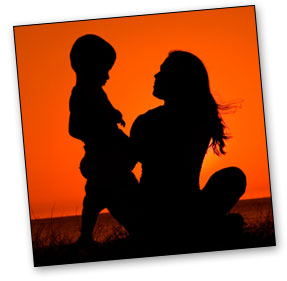 He had some life changing insights, realizing that his beliefs held a very high level of certainty, meaning that he had to be right most of the time and that if someone had an opposing belief it did not really fit into his reality. He found that he carried a transparent belief that, "He Knew Better." Consequently people were a source of constant frustration to him. After some stunned silence, amazement and then remorse, there was laughter and relief.

So our adventure continued. We explored using the fifth Mini-Course: The Forgiveness Option. This is a wonderful tool for freeing attention that is frozen in past events. As we explored, a very sensitive situation revealed itself. He believed that his mother had abandoned him when he was less than two years of age. He was holding onto a great deal of anger toward his mom.

He grew up in the care of his Father and father's parents, and then later by his father and step-mother. His Mum stepped into the scene only occasionally. He was angry with her and had written her off as someone who did not deserve his love.

As we explored this area using the Avatar techniques, small pieces of data started to reappear from his forgotten memories and slowly the puzzle came together and out of nowhere he said, "I suppose that because she was battling with mental illness she felt she could not give me the life I needed so she surrendered me up to my Dad so that I could have the love and care I needed."

He fell silent. As I sat there with this huge, powerful man, I felt all of his definition fall away as his life began to make sense. He looked at me with a look of both bewilderment and deep understanding. It is that look that people get when their whole consciousness is doing a rapid re-sort. It is an experience, perhaps like nothing else.

Then the tears started to appear and the man-mountain let go the tears of grief that had been locked in his closet since he was a little boy. He cried so deeply and completely. I got to experience it all with him and I too was able to integrate some unhandled feelings around my own son's mother who had similar struggles. I quietly cried while my new companion let go years of sorrow.

As I sat there with this huge, powerful man, I felt all of his definition fall away as his life began to make sense.

Later in the course we worked together again with another of the Avatar exercises. He wanted to handle his deep mistrust of people. We found a quiet place and set to work on a uniquely powerful rundown. As he followed the steps and explored this area of his life he reconnected with his anger and sadness when his grandfather had died. His Grandfather was his favorite person and had told him that he would always be there to protect him. When his Grandfather died, this promise was, in a way, broken. More deep and profound realizations, another re-sort of consciousness, more tears and then, deep rich laughter as the relief washed over him.

He could not wait to call his Dad and connect. He assured me that he would not stop until he brings his Dad to the course. He also told me that his Dad is always urging him to call his mum, but he had never really understood why. Now it had all become clear.

And now, for perhaps the most exciting part of this story: Our new Avatar has two sons aged five and three and his mother has met them only once. He is now reconnecting with his mum and is inviting her to come back into his life and play a significant role with her grandsons. He had been "protecting them" from her before. Now, she will get to re-live those years she missed with her own son.

As this story came out in the classroom there were many tears of joy.

If only more people knew that troubled, conflict dominated lives could be healed so quickly and so completely. Take the time to reach out to all those men you know in your life who are frustrated and angry and tell them about Avatar. Happiness and relief can be only nine days away.

A licensed Avatar Master since 2005, John Toomey has a degree in Physical Education and is one of Australia's leading Health Educators. He has presented over 1000 seminars on Health, Wellbeing, Life Balance, Emotional Intelligence and Leadership to Australian companies. He can be contacted at +61 (0) 3 9005 7553 or by e-mail at This email address is being protected from spambots. You need JavaScript enabled to view it..

The Avatar Journal would like to thank John for sharing his experience.
Read more Avatar experiences at AvatarResults.com