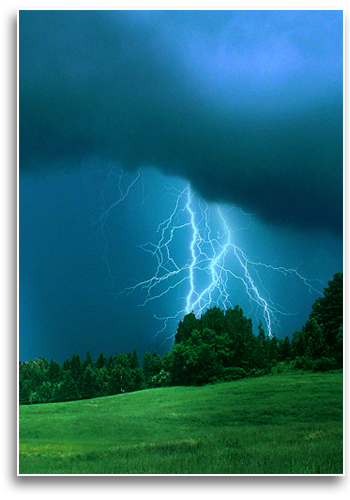 When the world was still young and the newly created beings—the Devas, the Asuras and the Manusas—were groping to understand their place in the world, they all meditated for true knowledge from their creator Prajapati, who was Brahma Himself.

After a long time had passed, the Devas went to Prajapati and asked for His wisdom. “Lord, please tell us what we should live by.”

Prajapati looked kindly at the Devas, who were endowed with great character and who had God-like intentions, but He simply uttered a single letter of the Sanskrit alphabet, “da.”

The Devas pondered over what they had heard until Prajapati gently asked them, “Devas, do you understand the meaning of what I said?”

The Devas stated, “Yes, Lord, we understand. ‘Da’ stands for Damyata—control. You want us to live a life of restraint.”

Prajapati said, “Yes, you have understood it. Be self-controlled.”

Next, the Manusas, who were humans, went to Prajapati and reverentially asked for His wisdom. “Lord, please tell us what we should live by.”

For a few minutes Prajapati observed the Manusas, who had great intellect and passion but who were weak in body and petty in their dealings with others. He again pronounced the same letter of the alphabet, “da.” Prajapati paused, allowing them time to reflect over His answer. Then he asked them, “Manusas, do you understand what I said?”

The humans grasped the meaning quickly. “Yes, Lord, we fully perceive what you said. ‘Da’ symbolizes Datta—give. We should be generous. There is great joy in sharing.”

Prajapati was pleased with their answer, “You have understood. Go and live accordingly.”

Lastly, the Asuras went to Prajapati and asked him for His wisdom. Although the Asuras were created in darkness, they were still His children. Prajapati looked at them carefully. The Asuras were strong in body and in their determinations. They were the rivals of the Devas. But once again Prajapati stated only “da.”

The Asuras mused over what they had heard until Prajapati inquired, “Asuras, do you understand what I said?”

The Asuras clearly discerned the message of Prajapati. “Lord, when you said ‘da’ you meant Dayad-hyam—compassion. You want us to be compassionate.”

Prajapati smiled, “Yes, you have understood it. Live a life of compassion for others.”

One can perceive wisdom only at a level of one’s cognizance and consciousness.

Prajapati rose up and vanished in the clouds in the midst of a loud thunder—“da,” “da,” “da.” And the three races repeated, “damyata,” “datta,” “dayadham,” and went their separate ways. The divine message is often repeated by the clouds as they thunder, “da,” “da,” “da,” as if to remind all beings of the lesson learned by the three races at the very beginning of their journey—be self-controlled, be generous, be compassionate.

Prajapati did not instill wisdom, nor did He offer to show the right path. Prajapati accepted the three different interpretations of his message because the Devas, Manusas, and Asuras recognized their own frailties and interpreted His Message accordingly. One can perceive wisdom only at a level of one’s cognizance and consciousness.

Debaprasad Majumdar was born and educated in Calcutta, India. For the last twenty years, he has been researching Indian mythology and is currently working on a book entitled A Journey to the Source of Ganga, the Sacred River. Brahma’s Lesson is a story he loved hearing as a young boy.